Creating an identity for an entertainer who delivers jaw-dropping entertainment to audiences worldwide. 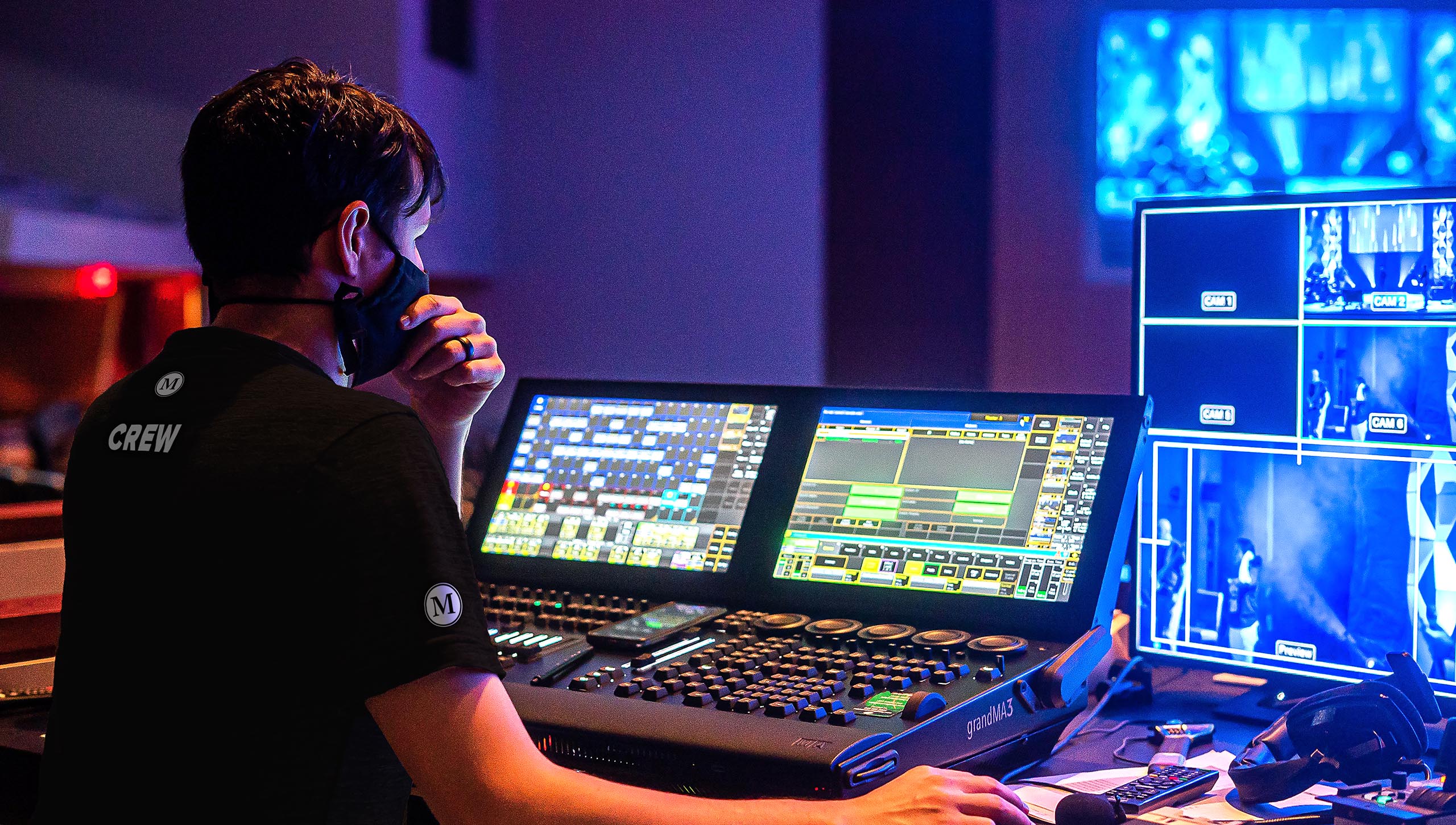 Cody Moynihan is a Canadian Mentalist who, in 2010, was diagnosed with severe chronic pain. Cody's work as a mentalist has established him as a premium entertainer, working for celebrities and entertaining guests at exclusive black-tie galas. As such, an elegant new logo was developed.

The symbol of the concentric circles surrounding the letter M is used to represent the inner mind, while the minimalist wordmark is neatly tracked out, allowing space to flow freely between the letters, the same way Moynihan freely controls the minds of others. 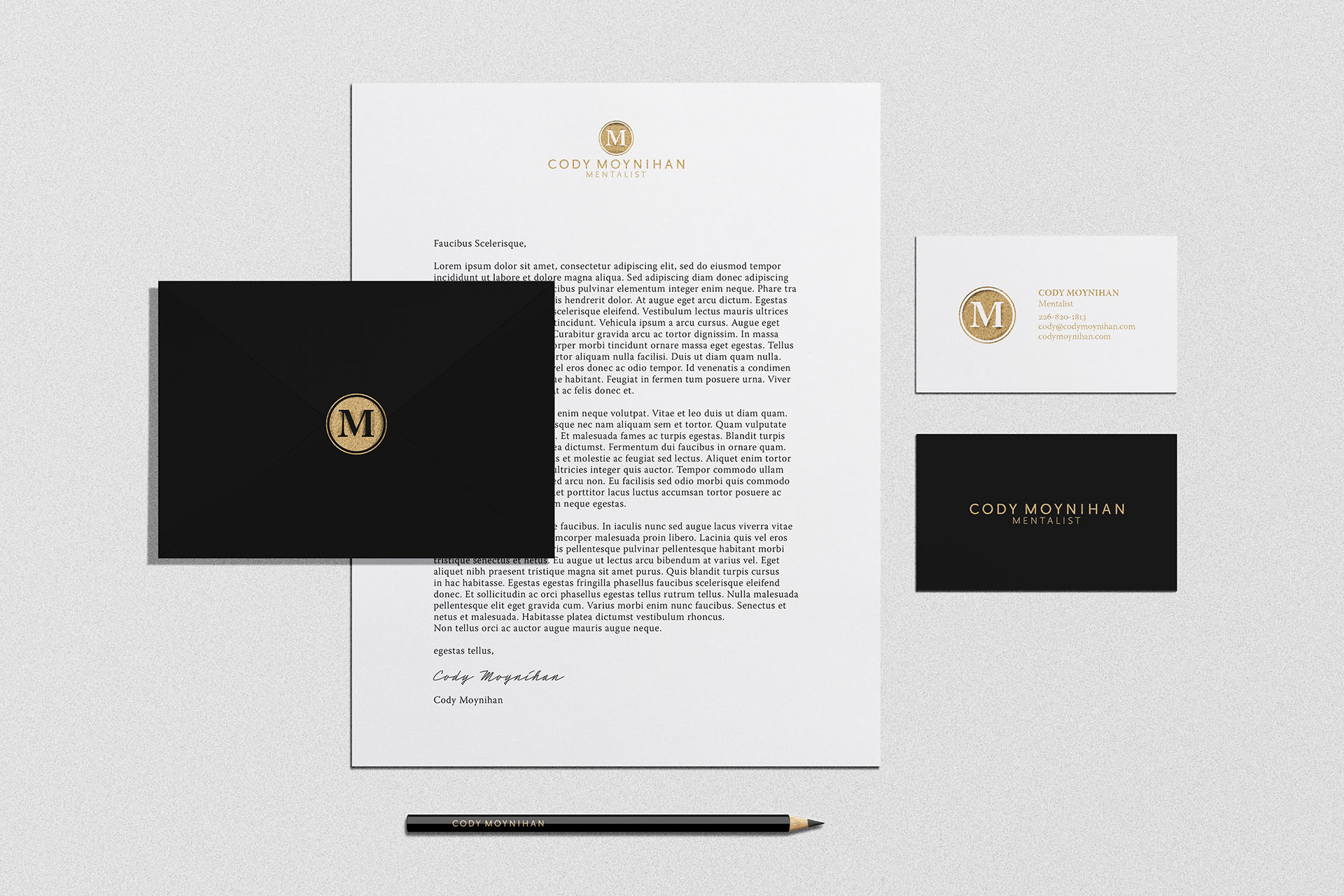 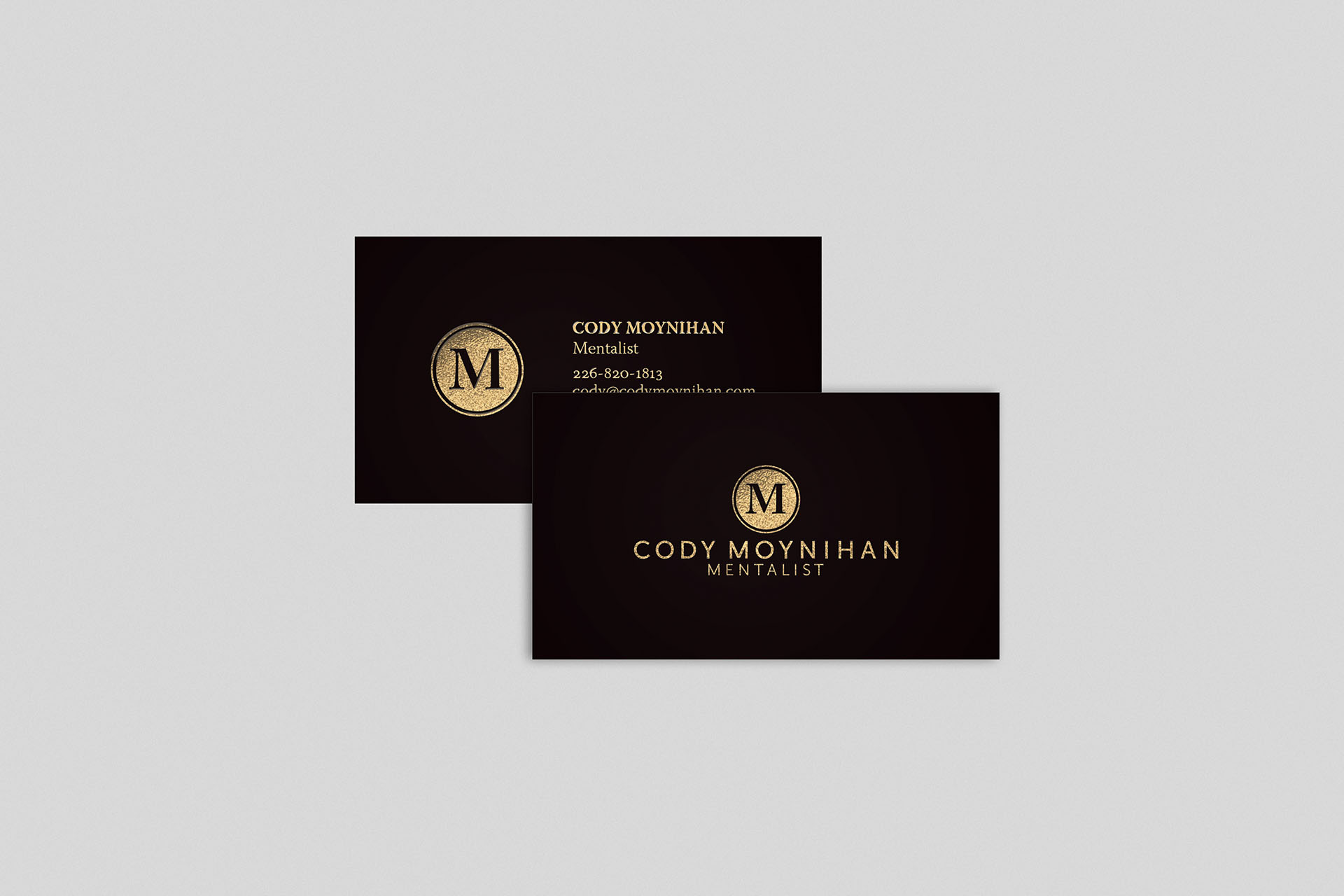 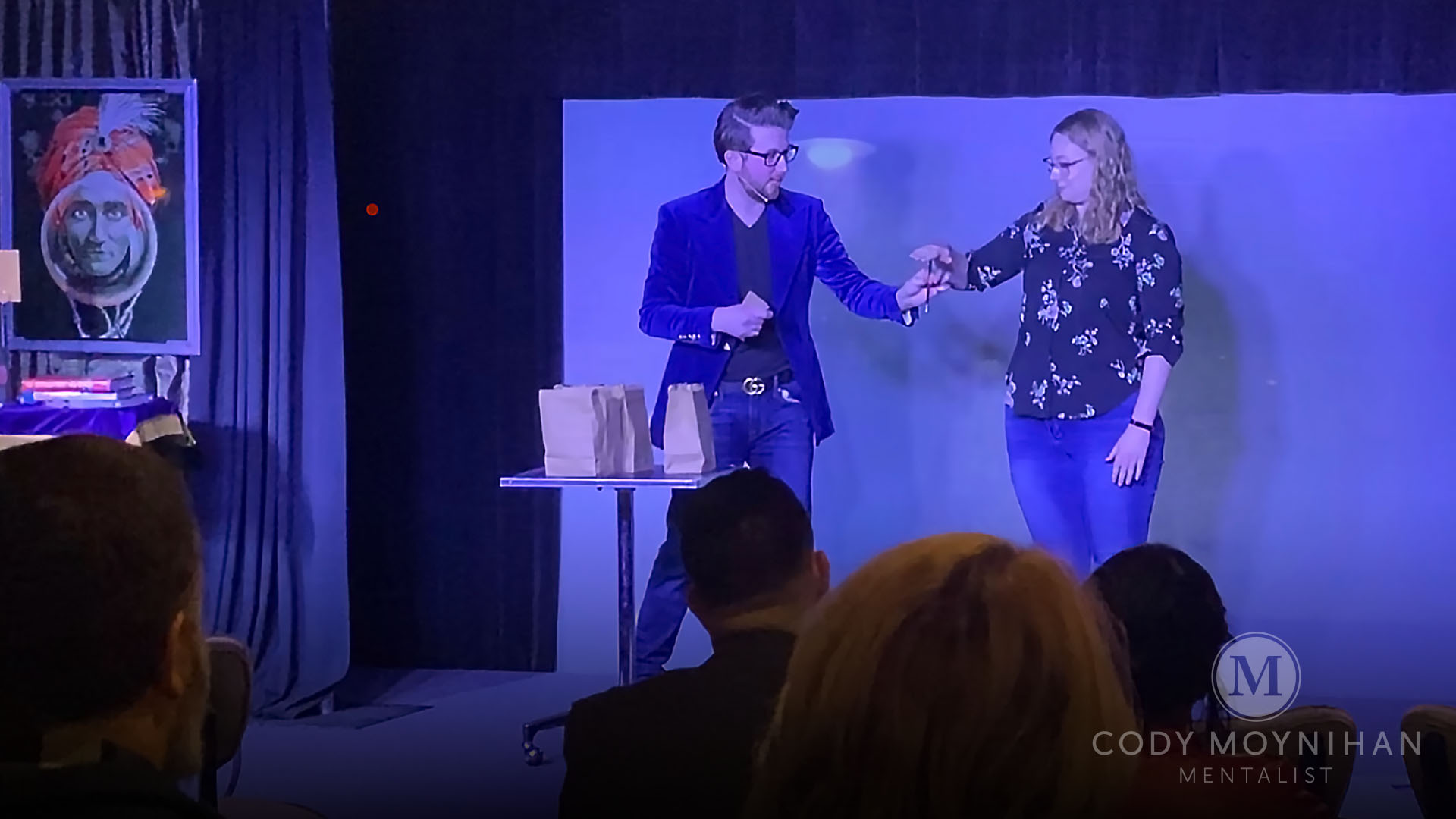 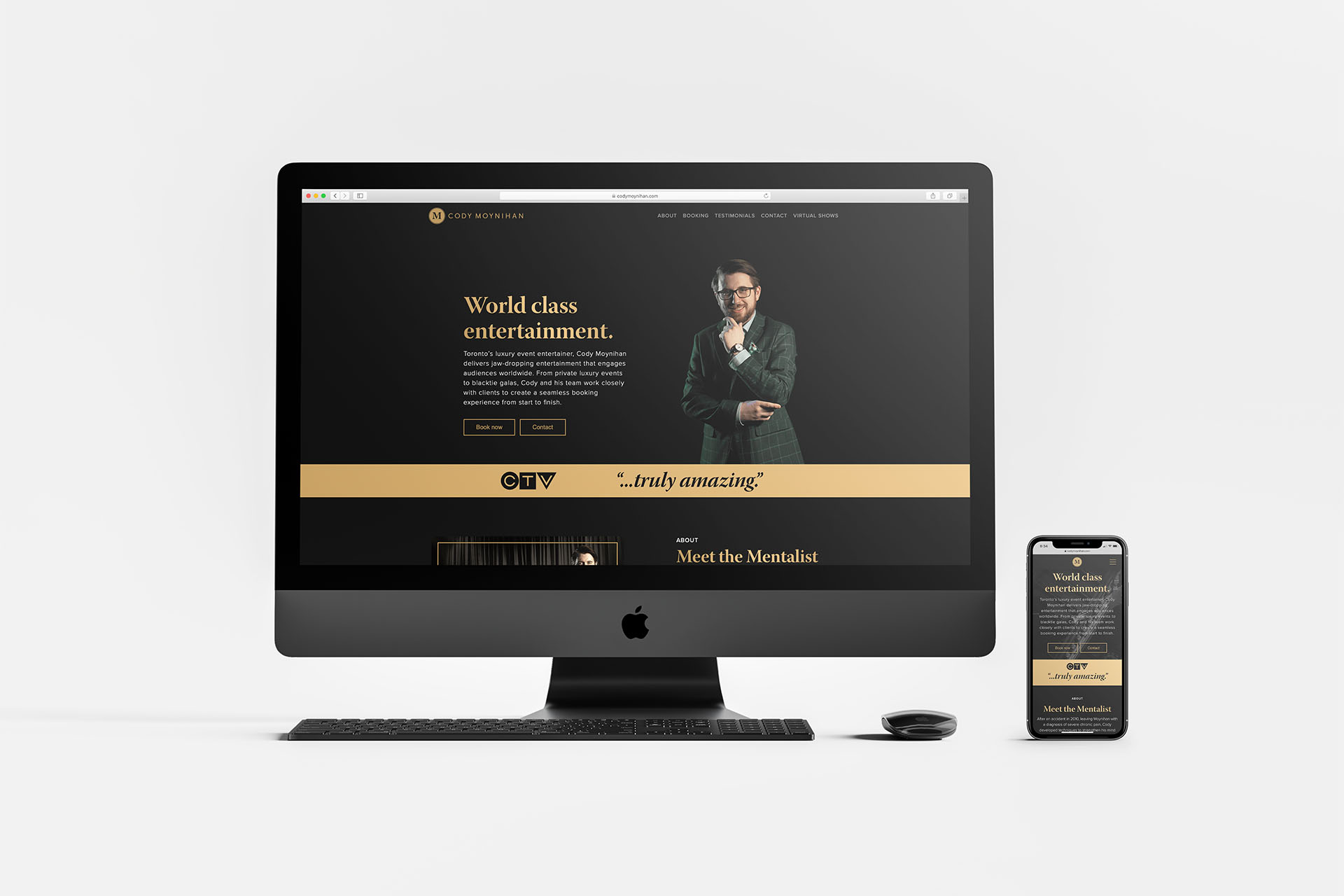 Have a project in mind?

It’s time to start your brand journey.
Get in touch today!

1. We’ll discuss your project
2. Strategize and design it
3. Launch your transformed business
Contact