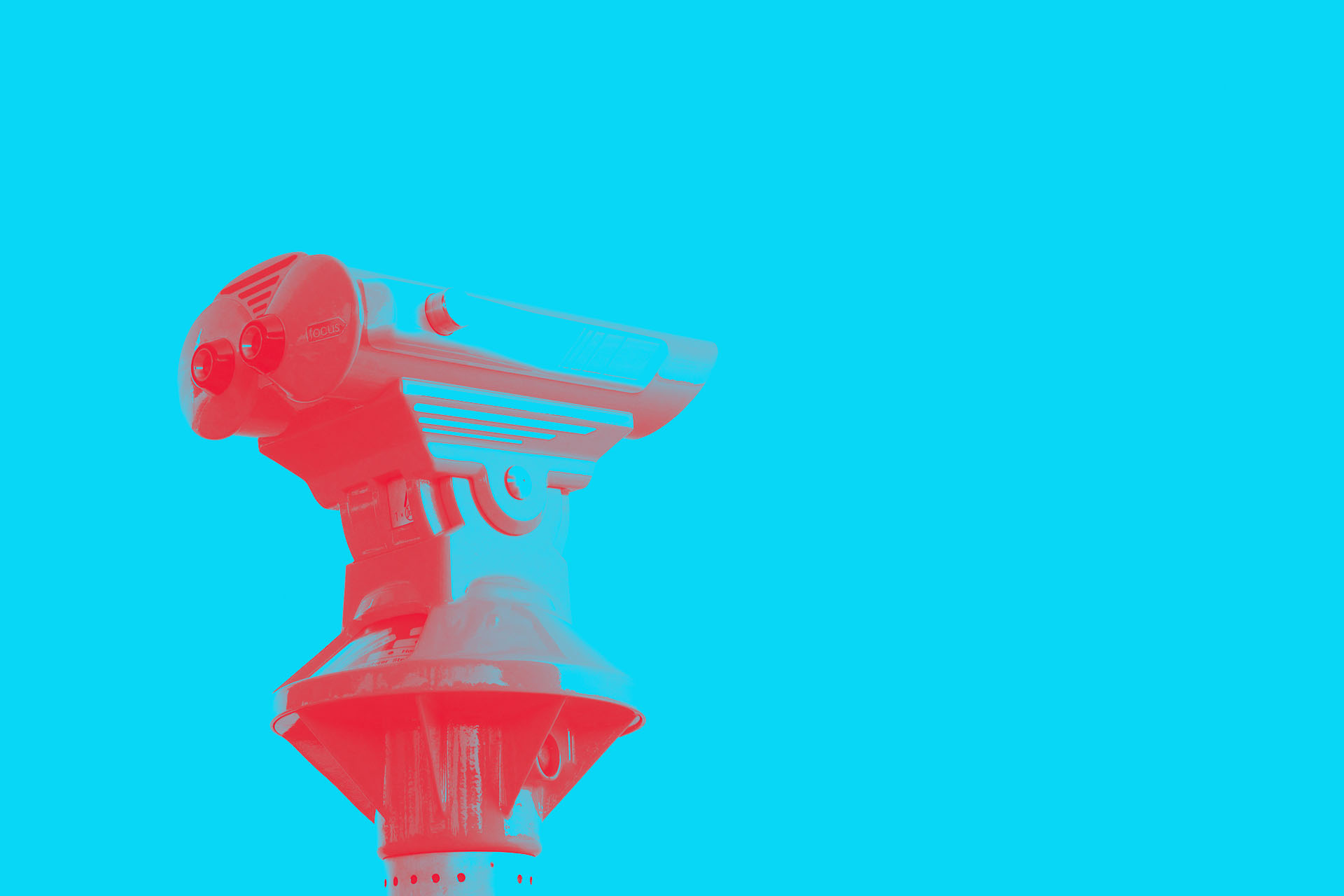 A weekly blog about the thinking behind brand identity design.

The story behind the rise of Ed Sheeran’s music career is a great one. He went from solo-singer with no audience, to commanding one of the largest in the world.

Starting out, Ed played alongside many similar musicians, who by his admission were more talented than he was. So, not surprisingly, when he set foot on stage, after dozens of similar acts had gone before him, the crowd wasn’t too impressed. He received mostly silence.

And with his new positioning, when Ed stepped on stage, the audience lit up and cheered, even though his songs remained exactly the same.

By finding a gap in the market, away from the other singer-songwriters, Ed was able to stand out and start climbing towards the top. The same approach Netflix took only a few years earlier.

When Netflix began, they were like many other DVD rental businesses, with the exception being, you’d mail-order your rental from an online catalogue of movies.

Although convenient, Netflix still competed for the same audience the other DVD rental companies did.

So, Netflix looked for a gap, turning itself into the streaming service it is today.

Like Ed, their core offering didn’t change, but who they offered it to did. By finding a different audience, they went from being one of many to being the one and only.

That’s the power of good brand positioning. Within the gap, Ed could still sing the same songs and Netflix could still offer the same movies, but to an audience all their own.

Design is often confused with making something look good. While design may often improve aesthetics, it’s more useful to think of design as a framework for creating massive change.

What’s useful about that description is the clear framework it gives us for enabling change and its ability to be applied across disciplines.

When Bill Pittman applied the framework to studio recording, he invented what we know today as reverb. The technique that helped The Harmonicats 1947 song “Peg O’ My Heart” climb to the top of the charts.

After analyzing the acoustics of an echoey bathroom, Bill envisioned a new type of sound and decided to create a quick prototype. Through a speaker, Bill played “Peg O’ My Heart”. The song would then reverberate off the bathroom walls and into a microphone. Creating what we know today as artificial reverb.

The thing is, when Bill set out to create artificial reverb, his goal wasn’t to change everything, it was to change what he could where he could. And in doing so, he ended up changing a lot.

So, while the changes we set out to make may seem small, they all have the chance to ripple outwards and create massive change. To steal another line from Seth Godin “One record, one interaction, one person… it might be enough.”

By seeing design as more than a tool for making things look good, and instead choosing to see it as a combination of analysis, envisioning, decision-making, prototyping, and continuous learning, we give ourselves a framework for creating massive change. Even if that massive change only starts out as a small ripple.

Your brand isn’t what you say it is, it’s what your customers say it is. And a brand doesn’t exist without its customers.

Today’s brands put their customers at the heart of everything they stand for.

They’re not doing it to trick customers into buying products they don’t want; they’re doing it to attract the right customers and bring them something they value.

Value in the form of experiences. Anything from interacting with a brands’ many touchpoints to the product or service they purchase.

By aligning brand values with the customer values, a tribe of passionate and engaged customers form around the brand.

And when passionate and engaged customers form around a brand, what they say is what allows the brand to grow.

Don’t lose sight of your customers

It’s equally important, if not more so, to ask questions that keep your customer at the heart of your brand.

These questions lead to better insights. Allowing you to more easily build a brand that captures your true intent.

This is a powerful rule. It shows us that by focusing our efforts in one area, we can make a significant impact in another.

Yet, many of us choose to focus on the other 80 percent. Making the argument that it provides benefits, however small.

This argument misses the point.

All activities, regardless of importance, consume the same limited resources—time and attention.

The more time spent on low-impact activities, the lower our overall benefits. It’s a zero-sum game.

To focus on high-impact activities, therefore, isn’t to miss out on small benefits, but is instead a choice to focus on activities you know offer the largest benefits.

A feeling influenced by the many touchpoints throughout the brand. Touchpoints that have the opportunity to give customers experiences that create value.

Value that symbolizes what’s useful, magical or delightful in a customer’s life. In other words, it empowers them. Empowers them to be the best version of themselves.

And an empowered customer will move heaven and earth to ensure the success of the brand.

Their magnetic attraction for the brand pulls in others, creating a tribe of devoted followers.

Followers who find delight in the minimal and ultra-clear purpose the brand represents.

A purpose they understand and identify with. Using the brand to reflect who they are and what they represent.

The best brands don’t look to sell the most products, they look for ways to bring out the best in their customers. Because for today’s customers, having more runs a distant second to being more.

Build For The Few

Build for the few, not the many.

Seems counterintuitive, but it isn’t.

If you’re building a custom chair, you’d think about the person who’s going to sit in it rather than worrying about what everyone else is going to think of it.

Yet, when it comes to business, we’re often caught thinking of everyone instead of the few who are eager to engage with what we have to offer. It’s easy to believe that things would be better if everyone got on board, but everyone won’t. The focus on everyone leads us down a path of compromises that leaves us with nothing but a set of mediocre elements.

But that doesn’t need to be the case.

Focusing on the few allows us to concentrate on bringing the best version of our work to a circle of people who believe in what we have to offer. And that circle of people knows other people.

You can’t herd a hundred cattle by yourself, but you can herd ten, and those ten can influence the rest.

We're Different. It's easy to say, but hard to do.

When brand messaging isn’t clear, we often settle for the lowest common denominator. For products, that denominator is price. If the product is of little value to us, we buy the cheapest option. If we want the best, we look for the most expensive.

In today’s market, we don’t have time to make informed decisions about every purchase we make. There are too many choices and too much information available, leading us to make quick decisions so we can move on to the next thing. Social scientist Herbert Simon said it best, “[…] a wealth of information creates a poverty of attention.”

So how do businesses capture the attention of customers? By differentiating.

Differentiation works because of how our cognitive systems work. Our brains act as filters to actively sort through vast amounts of information that surround us every day. Bringing attention to information that might be relevant to us and discarding anything irrelevant. Think the hum from the air conditioner or appliances you hardly notice anymore.

This filtering means our brains are constantly working to recognize differences. For brands seeking a competitive advantage, differentiation is key. Being better than competitors is no longer enough to stand out in a crowded market.

Dyson is a perfect example of this. A Dyson and Bissell vacuum both do the same job, but because Dyson does it while being different, the company was able to generate 7.3 billion dollars of revenue in 2019, while Bissell’s only saw 14% of that.

This makes the message clear, if you want to stand out, you need to be different. Following the path of others will only lead you to mediocrity. For brands looking to lead, look for where the competition isn’t.

Thinking of design as a form of creative problem solving isn’t the same as using design as an opportunity to make things better.

One puts us on the defensive; Somethings wrong, it needs to be fixed. The other opens us up to possibility; There’s something here, how can I make it better?

Reframing helps us understand things in new ways and gives us a different perspective on a situation.

If we’re only ever looking for problems, problems are all we’ll ever find.

But if we reframe and look for opportunity, suddenly the world opens up.

Today’s customers don’t ‘consume.’ Having more runs a distant second to being more.

They aren’t looking for features, benefits or experiences. They’re looking for brands that deliver them meaning; meaning by being useful.

A useful brand delights customers and has the chance to become a touchstone in their lives. Delighting them in the minimal, ultra-clear and super simple.

A useful brand has a clearly defined audience and core purpose. It knows how best to serve its customers. Finding delight by subtracting anything that doesn’t add to the customer experience.

Tanner Garniss-Marsh Design is committed to creating sustainable designs that consider the full life cycle of products and services, and will recommend strategies, tools and materials that reduce damage to our environment.
Back to top